Yesterday (October 2nd 2012), something caught my eye while browsing the net. Majestic India would like to send Indians to Mars, and they have already firmed up a space program for it. Now initially I was all excited: at last we can now settle suspicions of whether the Vimanas so famously talked about in the Sanskrit epics had really come from the planet's Syrtis Major Planum or did they originate from somewhere else. But then Leman Pulut caught himself: do you know what this multi-billion dollar trip would MEAN to the Indian people? At a time and age when the masses there could not even afford proper goshe and salen? So Leman Pulut wrote in to the editor of that online Newspaper to give his two-cents, and they are kind enough to publish his writings here. For those too lazy to do some finger exercise, I am reprinting my thoughts here (first published in Syed Akbar Ali's OutSyedTheBox some time ago):

People generally fail to grasp the mentality of Indians when faced with dilemmas such as the feed-the-poor-or-build-a-spaceship choice. You see, every time the exigencies of normal everyday life puts a pinch to the stomachs of these Indians, they are always reminded by the romantic pictures of cool cigar-chomping Sivajis crooning huge-breasted Aishwaryas and Karisma Kapoors (or whoever, not that I memorize any of them), leading them into a false sense of comfort and hedonism, never once realizing that the billions of dollars their leaders spend on Mars-trips or nuclear submarines could well be used to carve out some decent sewage networks or put food slightly more palatable beyond gheed-dal and okra curries on their plates.

In a society such as India, a film industry like Bollywood is of prime importance, opiating the masses into an ambient breeze of peace and romance and love and harmony. And what more does one need to lull out the pangs of hunger and pains of poverty other than love and romance? But it’s the people, and the man-made taboos and rites that they concoct up to drive wedges between them. Imagine, like the chinese, an Indian population close to a billion in number. What potential, what diverse and wonderful ways to light up (or destroy) the entire world purely from these numbers alone!

For one, that billion could just gang up in an appointed time, unzip and urinate in synchronicity, and you are talking about a billion litres of peewater drizzling away – enough perhaps to drown the entire Pakistan in a torrent of urethric aquaculture. Or they could do this: at an appointed time, jump up and down for a few minutes on the ground --- all billion of them, and cause a tellurian shock wave to sear across the globe on the other side and snuff out Toronto, pronto.
Bottom of Form

But at this moment, let us all content ourselves with the deadening of possibilities of what a billion people can do should they get out of poverty, or what a few select cannot do although lullled by a false sense of Captain Flash wannabes.

Did I sound too harsh? No I dont think so. I sounded funny is what I is. Well anyway, unbeknownst to lots of people, the Indians are really a wonderful and colourful lot. During bad days, having an Indian around would certainly light up an otherwise melancholic and gloomy atmosphere. So here in this page, after a long absence from ths blogging world, (me and cousin Suman had to to go out hunting for some special hati kuman, you see), I present to you dear readers, some potpourri of Colours of Ranggulee of the Indians from India so me may get to know about them more dearly. I will intersperse throughout with some snippets of poetry from the Ramayana and Mahabhrata, the world's longest epic poems.

Neighbours lived in mutual kindness helpful with their ample wealth,
None who begged the wasted refuse, none who lived by fraud and stealth!
And they wore the gem and earring, wreath and fragrant sandal paste,
And their arms were decked with bracelets, and their necks with nishkas graced,
Cheat and braggart and deceiver lived not in the ancient town,
Proud despiser of the lowly wore not insults in their frown,


- The Bridal of Sita

Out spake Drona to the monarch in Hastina's royal hall,
Spake to Bhishma and to Kripa, spake to lords and courtiers all:
"Mark the gallant princes, monarch, trained in arms and warlike art,
Let them prove their skill and valour, rein the steed and throw the dart."
- The Gathering 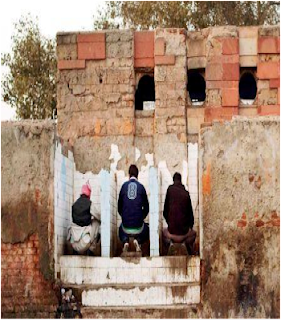 Make thy peace with young Sugriva, nearest and thy dearest kin,
Brother's love is truest safety, brother's hate is deadliest sin!
Trust me, monarch of Kishkindha, trust thy true and faithful wife,
Thou shalt find no truer comrade than Sugriva in thy life,

Wage not then a war fraternal, smite him not in sinful pride,
As a brother and a warrior let him stand by Bali's side.
Listen to thy Tara's counsel if to thee is Tara dear,
If thy wife is true in duty scorn not Tara's wifely tear

- The Counsel of Tara 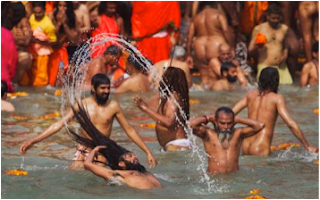 Ponder well, ye gracious monarchs, with a just and righteous mind,
Help Yudhishthir with your counsel, with your grace and blessings kind,
Should the noble son of Pandu seek his right by open war,
Seek the aid of righteous monarchs and of chieftains near and far?
Should he smite his ancient foemen skilled in each deceitful art,
Unforgiving in their vengeance, unrelenting in their heart?
- Council of War 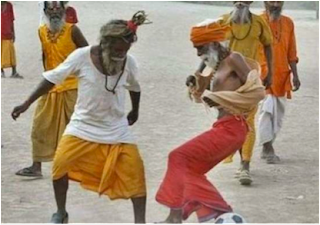 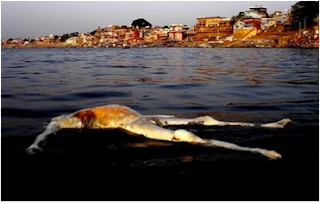 Spake Yudhishthir unto Bhishma, elder of the Kuru race,
Unto Drona proud preceptor, rich in lore and warlike grace,
Spake to wise preceptor Kripa, versed in sacred rites of old,
To Duryodhan and his brothers, honoured guests and kinsmen bold:
"Friends and kinsmen, grant your favour and your sweet affection lend,
May your kindness ever helpful poor Yudhishthir's rite attend,
As your own, command my treasure, costly gifts and wealth untold,
To the poor and to the worthy scatter free my gems and gold!" 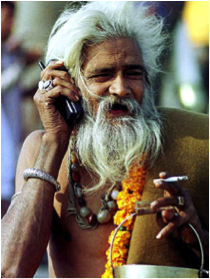 Next Episode: The Chinese!

Posted by AnnoyinglyAnonymous-LemanPulut at 2:28 AM